Enjoy James Boyce’s cautionary tale in 1964 of two villages, one with no pub the other with no newsagents. Hear what the residents of Bessbrook think of their founder John Grubb Richardson’s social experiment. He believed that the absence of a pub would remove the need for both the police and pawn brokers. But are the beautiful surroundings compensation enough for the lack of drink? And would the residents of Camlough be willing to give up their six pubs to find out?

Bessbrook is one of many Quaker model villages, it was founded more than 30 years before Bournville, the well-known model town founded by the Cadbury family. Despite Grubb’s philosophy of the “three P’s” there is now a police station in Bessbrook however you will still not find any pubs or pawn shops.

The reporter James Boyce was a French teacher by trade and his teaching methods were as unconventional as his broadcasts. He rarely failed to entertain viewers by becoming immersed in the subjects he covered and often poking fun at himself in the process. His reports are a treasure trove of the eccentric and strange aspects of Northern Ireland’s people and history. This material is Courtesy of the UTV Archive. 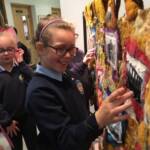 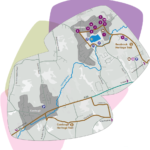 The Bessbrook you see today dates from 1845 when the mill in Bessbrook was purchased by the Quaker Richardson family…. 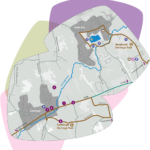 Camlough was an ecclesiastical district in the Barony of Upper Orior. In ancient times this was part of the O’Hanlon’s…