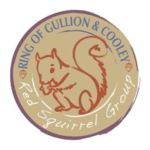 To protect and help maintain the population of red squirrels in the Ring of Gullion and Cooley area. 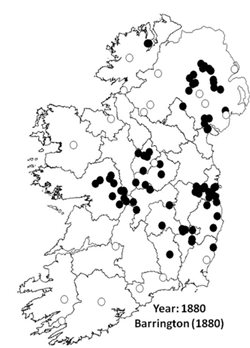 The red squirrel (Sciurus vulgaris) is the only species of squirrel native to Ireland or the UK. Red squirrels arrived in Ireland across a land bridge from the continent as plants and animals re-colonised the country at the end of the last Ice Age (around 10,000 years ago). As a native species, the red squirrel is an integral part of our countryside and our natural heritage. However the truth is we don’t fully understand their distant history very well. What we do know is that squirrels have not been recorded in Irish archaeological cave sites, where other Irish mammals have occurred such as the red deer and the stoat.

However, as an arboreal forest species, red squirrels are unlikely to be well represented in cave deposits. In fact, squirrels (of which there are over 250 species) are poorly represented in the fossil record across the world, despite their wide distribution. We now know that red squirrels did exist in Ireland prior to their reintroduction in the 1800s as the historical export records showed that thousands of red squirrel skins were annually exported from Ireland in the 16th century.

Red squirrels live in trees, so are known as an ‘arboreal’ mammal. Red squirrels can live in all types of woodland. In more fragmented landscapes such as agricultural and sub-urban areas, they exploit pockets of trees and woodlands connected by hedgerows and other wildlife corridors. Red squirrels will reach their highest population densities in mixed or broadleaf woodlands due to the diversity of species and availability of food. However, they are increasingly restricted to large conifer woodlands and plantations due to competition from encroaching grey squirrels (Sciurus carolinensis). 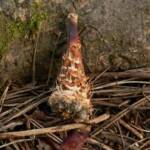 Red squirrels are ‘granivore-herbivores’, meaning they primarily eat seeds from plants and trees, but their diet can vary greatly throughout the year. Food is plentiful during the autumn and winter months when trees are rich with seeds and fungi are available. However, food can be scarcer during spring and summer, when their diet extends to include plant shoots, bulbs, flowers, wild fruits and berries, and even insects and occasionally bird eggs. The remains of cones that squirrels have been feeding on can often be found on the forest floor. Squirrels gnaw the scales off cones to get at the seed within, and discard the worthless cores as illustrated below.

Squirrels are active all year round and do not hibernate. A squirrel lives in a nest known as a ‘drey’, comprising of a dense ball of interwoven twigs (roughly the size of a football), lined inside with soft materials including moss, leaves, grass and fir. Dreys are usually located in the fork of a branch tight against the tree trunk, around two-thirds of the way up the tree.

The red squirrel breeding season starts with mating chases in January, and a first litter of three to four babies, which are called kittens, is born in March. If a female squirrel gains sufficient food over the summer months, she will have a second litter in July/August. Like other mammals, the ‘kits’ are born blind, deaf and hairless and are totally dependent on their mother.
Kits start exploring their environment by the seventh week, and are weaned by the tenth week. They will then start to fend for themselves, but often remain close to their maternal drey. Juveniles usually disperse in the autumn, although some will disperse in the spring. 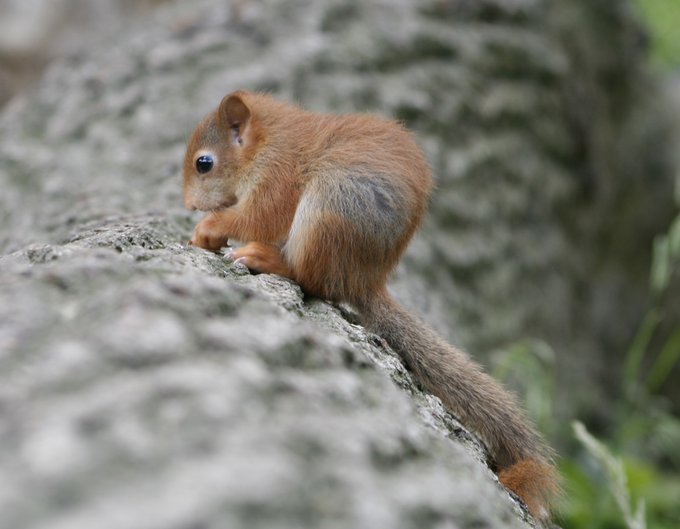