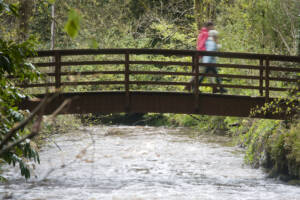 Welcome to Crossmaglen and Creggan

Crossmaglen is a small picturesque town in South Armagh with a population of approximately one and a half thousand people. The Irish translation is Crois Mhic Lionnáin, which literally means ‘Lennon’s Cross’. It is suggested that it is named after an Owen Lennon who lived here in the eighteenth century and who is famed as the owner of a shebeen, an illegal ale house. The focal point of Crossmaglen is Cardinal O’Fiaich Square, named after a local priest who became Archbishop of Armagh and Primate of All Ireland. The square has an area of five acres and is said to be the largest square on the island of Ireland. The large square plays host to a traditional country market on the first and last Friday of every month. In the early part of the twentieth century most of the male population of Crossmaglen worked at buying and selling fowl, sheep, pigs and other livestock and were known as dalin’ men (dealing men). This prompted someone to write a song called The Dalin Men from Crossmaglen, the chorus of which goes like this:

“It wasn’t the boys from Shercock. Nor the lads from Ballybay, But the Dalin’ men from Crossmaglen, Put the whiskey in my tay.”

You can pick up a brochure at one of the local Visitor Information Centres or download the brochure for tour of the area. 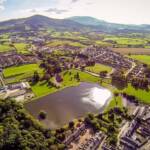 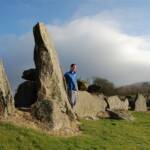 Ring of Gullion Brochure and Map

The brochure includes highlights of what makes the area so special, a map and key places to visit within the… 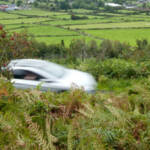 Jump to Download This audio guide in the Ring of Gullion starts of at the Ti Chulainn Cultural and Activity Centre and Mullaghbane,…