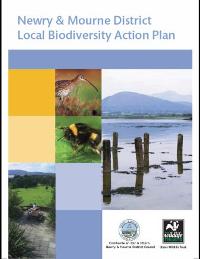 Biodiversity is the short term used for ‘biological diversity’, which is ‘the total variety of all living plants and animals, and the habitats in which they live’. The biodiversity we see today is the result of millions of years of evolution, shaped by natural processes and, increasingly, by the influence of humans. It is found all around us, in our gardens, parks, woodlands, fields, mountains, lakes and rivers and in our coastal and marine habitats.

Why is it important?

Biodiversity is a key measure of the health of our planet and therefore vital for our survival. We are part of biodiversity and depend on it for our quality of life. Biodiversity impacts on every aspect of our lives. It not only provides the air that we breathe and the food that we eat; it also helps to create a pleasant environment for us to live in by adding variety to our surroundings.

Biodiversity is an important part of our cultural heritage. It is important in defining local character and distinctiveness, and has helped shape our culture and inspire our poets, painters, writers and composers. The many benefits of biodiversity highlight why we need to ensure that we halt the loss and work together to protect, and where achievable, restore and enhance our local biodiversity.

Threats to biodiversity in Newry and Mourne

Many species of plant and animal have adapted to life alongside us. For example, house martins build their nests
on our houses and hedgehogs are one of a number of visitors to our gardens. However, not all plants and animals are able to co-exist with us. Worldwide we are losing biodiversity at an ever-increasing rate as a result of both direct and indirect human activities. The major factors threatening biodiversity globally are habitat loss, pollution, nonnative invasive species and most importantly climate change.

Biodiversity within Newry and Mourne faces similar threats including: