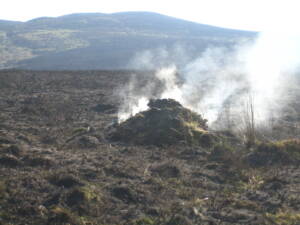 The Ring of Gullion ANOB project is saddened to report that a large wildfire on the Ballard rd side of Slieve Gullion has done extensive damage to the heath habitat, a habitat of international significance.

The fire which occurred on Tuesday afternoon was attended by NIFRS taking a number of hours and several staff to put out. The Fire Service is still investigating the fire, but it is thought that it was started   deliberately.

The Ring of Gullion AONB Officer said “This fire has put fire fighters lives at risk, destroyed a protected habitat, left wildlife with no homes or a food source and the damage caused risks the economical income coming into the area. Slieve Gullion Mountain has attracted tourism from across the world. Visitors want to walk the mountain for its beauty and the unspoilt environment – this is now under risk due to this fire”.

Contrary to the belief that wildfires are sparked by hot, dry weather, most of them occur in the spring. Winter frost leaves undergrowth too dry, meaning the fires can start easily and spread quickly, causing widespread damage throughout the countryside, as is the case with this fire. At times the damage is irreparable. According to fire service figures, between 2012 and 2014, there were 5,002 incidents classed as wildfires across Northern Ireland. 4,584 of these fires were deemed to have been started deliberately.

Whether started accidentally or deliberately wildfires are extremely dangerous and can spread rapidly. The law states that burning of vegetation such as heather, gorse, whin or fern must not be carried out between 15 April and 31 August and only carried out at other times of the year under controlled and expert supervision i.e. with NIFRS guidance.

Six hundred and twelve hectares of Slieve Gullion is designated as a Special Area of Conservation under the EC Habitats Directive as this is one of the largest expanses of European Dry Heath in Northern Ireland. Cowberry Vaccinium vitis-idaea is found there, a plant which is scarce elsewhere.

The Ring of Gullion AONB is urging members of the public enjoying the countryside to be both vigilant and careful over the coming weeks and to report unattended fires to the NI Fire and Rescue Service. 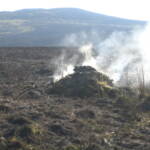 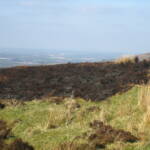 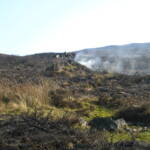 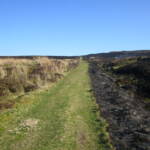 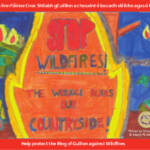 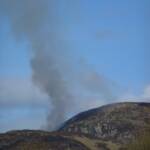 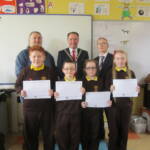 The Ring of Gullion AONB project is working with Enspire and Tommakesmusic to create an action packed wildfire awareness campaign. …