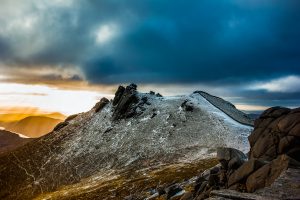 Newry, Mourne and Down’s UNESCO Global Geopark bid is within reach. The Global Geopark Council has approved the final submission for the area;  to be ratified at the UNESCO Executive Board meeting in Paris in April 2023.

Since 2012, the Geopark project team at Newry Mourne and Down District Council, in partnership with the Geological Survey Northern Ireland, has worked hard on an intense engagement programme collaborating with residents and stakeholders. As a result, we are delighted to announce that the Global Geopark Council recommends that the Mourne Gullion Strangford aspiring UNESCO Global Geopark (aUGG) achieve full status.

Mourne Gullion Strangford aspiring UNESCO Global Geopark is among nine special areas worldwide that have been approved by the Global Geopark Council for ratification by the UNESCO Executive Board in April. The designation of UNESCO Global Geopark status will recognise the area’s internationally significant geological heritage, particularly the spectacular landscape of the district’s three AONBs.

Becoming a UNESCO Global Geopark was identified in the Council’s 2017-2021 Tourism Strategy as a catalyst project to support tourism growth. The status recognises the internationally significant geology of the area shaped by various earth processes over millions of years. From the dramatic volcanic landscapes of the Ring of Gullion to the high granite peaks of the Mournes and the rolling drumlins of Strangford Lough, the region has long been prized for its landscape. To meet this aim, the Council has involved stakeholders, including the local community, tourism providers, government, education and environment sectors, to promote the benefits of Geopark status.

The UNESCO Global Geoparks designation is the international standard recognising outstanding geology and landscapes. UNESCO Global Geoparks enjoy the same level of recognition as UNESCO World Heritage Sites. But as the title has no legal status, there are no additional restrictions on planning, development or farming practices. Instead, the principal focus is on using heritage to support the area’s sustainable economic development – primarily through sustainable tourism.

Over 181,386 people live within the Mourne Gullion Strangford aUGG, with about a quarter in the city of Newry. It’s land boundary follows the Newry, Mourne and Down District Council administrative boundary. The coastal boundary encompasses the Marine Protected Areas (MPA), including Murlough Bay, Strangford Lough and Carlingford Lough MPAs.

The Mourne Gullion Strangford aUGG is unique amongst UNESCO Global Geoparks as it tells a tale of two oceans across over 400 million years of geological history. The geology of the area charts the closure of the ancient Iapetus Ocean, which brought together the island of Ireland’s two parts. It follows the island drifting with the continents through tropical latitudes and then welcomes the birth of the modern North Atlantic Ocean. Finally, the last glaciation carved this ancient landscape into the fantastic place we see today. There are currently no other UNESCO Global Geoparks with such a range of geological characteristics.

Speaking about what Geopark status will mean for the area, Newry, Mourne and Down District Council Chairperson, Councillor Michael Savage said. “The status of UNESCO Global Geopark immediately puts us on the world stage. However, while the announcement is a moment of pride for those involved in the Mourne Gullion Strangford aspiring UNESCO Global Geopark, it also signals the beginning of lots of work to do to ensure the award delivers what we need. The Geopark will support a more sustainable community and boost the local economy through conservation, education, interpretation and sustainable and regenerative tourism.

“Since 2012, the Council’s Aspiring Geopark Project team have been developing and delivering a programme of engagement, education and sustainability to prepare for UNESCO Global Geopark status. For example, ‘Atlantic CultureScape’ – was a fantastic project that has allowed us to take the lead in the world of Intangible Cultural Heritage tourism experiences, resulting in the launch of 16 new tourism offerings this summer. These experiences focus on how tourism can preserve culture and heritage by creating and providing sustainable tourism by sharing stories of people and places.

“A second project, ‘Dragons in the Hills’, has been discovering more about Northern Ireland’s little dragons – our three native amphibians and reptiles: common frog, common lizard and smooth newt. It has worked to improve our knowledge of the conservation status of the amphibians and reptiles in Newry, Mourne and Down. We have mapped their distribution and are encouraging land managers to create and connect important habitat features to increase the area suitable for them.”

Chairperson Councillor Michael Savage continued, “looking into the future; we are planning widespread engagement events from February through to April 2023. These will reengage all communities in the project and remind people what the Geopark is (and isn’t), its benefits, and how they can get involved. They will also outline our plans for the next four years.

“I am incredibly proud of what we achieved to date. I look forward to the official announcement in April of UNESCO Global Geopark status for Mourne Gullion Strangford, which will be a tribute to this incredible place and its people.”