Home » News » Thousands of New Footsteps in the Forest

Thousands of New Footsteps in the Forest 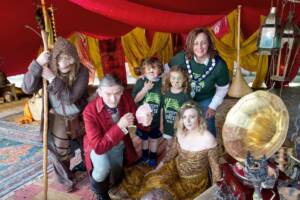 Slieve Gullion Forest Park was the host venue for lots magical creatures from across the district last week as Trolls, fawns, the Birdman of Slieve Donard, Finn McCool, the Fairy Queen and the legendary witch Cailleach Bheara, as they descended on the mountain on the 26th and 27th of August for Footsteps in the Forest – their Annual Magical Meeting.

The event was part of Newry, Mourne and Down District Council’s summer of #GiantAdventures and the story for which was created by local author Declan Carville and adapted by the Production company Footsteps into enthralling theatre pieces delivered throughout the forest tour lead by a Troll.

“We are delighted with the number of families who attended over the two days to support this new festival –including local, national and international visitors. We certainly see this as something to build annually to grow this Festival to be a ‘must visit’ for the region.”

The event also incorporated a food market, a Taste Junction initiative as part of NI Year of Food and Drink 2016 and live craft, felt and lace, wood turning and black smith demonstrations and lot of free children’s entertainment. 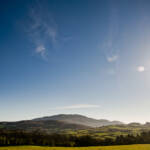 The Ring of Gullion Area of Outstanding Natural Beauty is a unique geological landform, unparalleled elsewhere in Ireland or the UK… 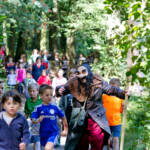 Slieve Gullion Forest Park was the host venue for lots magical creatures from across the district last week as Trolls,…