The Down Survey of Ireland – An Incredible Historical Map Resource 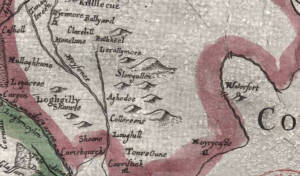 Taken in the years 1656-1658, the Down Survey of Ireland is the first ever detailed land survey on a national scale anywhere in the world. The survey sought to measure all the land to be forfeited by the Catholic Irish in order to facilitate its redistribution to Merchant Adventurers and English soldiers. Copies of these maps have survived in dozens of libraries and archives throughout Ireland and Britain, as well as in the National Library of France. This Project has brought together for the first time in over 300 years all the surviving maps, digitised them and made them available as a public online resource.

There are two main components to this website. The Down Survey Maps section comprises digital images of all the surviving Down Survey maps at parish, barony and county level. The written descriptions (terrier) of each barony and parish that accompanied the original maps have also been included. The second section, Historical GIS, brings together the maps and related contemporaneous sources – Books of Survey and Distribution, the 1641 Depositions, the 1659 Census – in a Geographical Information System (GIS). All these sources have been georeferenced with 19th-century Ordnance Survey maps, Google Maps and satellite imagery. 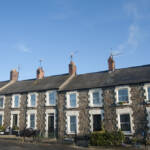 There are some 27 listed buildings and structures in the AONB, including 14 houses and 4 churches. Examples of the… 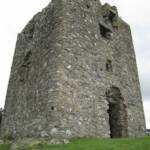 Moyry Castle is a 17th-century campaign fort overlooks the Moyry Pass, the valley known as the ‘Gap of the North’. It…