Home » News » Restoration of Bessbrook Tram gets a lift

Restoration of Bessbrook Tram gets a lift 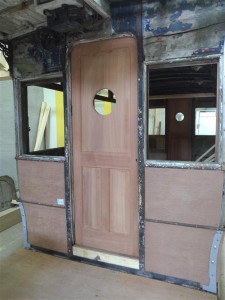 The restoration of the tram similar to ones that ran in Bessbrook is the first of many projects which will be undertaken through the £1.4 million Ring of Gullion Landscape Partnership funded by the Heritage Lottery Fund (HLF), NIEA and Newry and Mourne Council. Bessbrook used to have its own hydro-electrically powered tramway which was only the second such tramway in all of Ireland. It opened in 1885 and it was used to transport workers, as well as raw materials and finished goods, between the mill and Newry.

It was cleverly designed, because the wheels of the tramway could run on both road and rail, so it wasn’t necessary to build a line through Newry. The tramway remained in operation until 1948. On the closure of the tramway, tram engine No 2 went back to Mather and Platt in Manchester, who refurbished it as a cricket hut at Park Works. In 1955 they presented it to Belfast Corporation for inclusion in the Transport Museum. It is now on view at the Ulster Folk and Transport Museum, Cultra.

Our tram was not so fortunate and has spent its last 60 years in a field at Sturgan Brae hiding behind a bus shelter. Now, it is set to receive some much needed attention as it is diligently restored over the next 18 months in partnership with Southern Regional College at Greenbank. The first milestone in this challenging project was moving the tram to the college for the restoration work to begin. It was a dramatic site as the tram was lifted from the field and loaded up for its journey to the college.

Martin McDonald from the HLF Committee was on hand to watch the proceedings. “HLF were delighted to fund the ambitious Landscape Partnership in the Ring of Gullion so it’s great to see the projects starting to happen. Using local skills and expertise to restore an important piece of local heritage seems an excellent way to get moving.”

People can follow the restoration project online at www.ringofgullion.org. 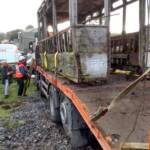 The Bessbrook Tram Restoration is part of The Ring of Gullion Landscape Partnership, a Heritage Lottery Fund programme to conserve… 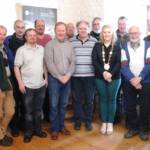 Members of the Cardiff & Avonside Railway Society, which is now in it’s 44th year, heard about the ambitious project… 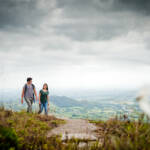 Private: A Walkers Guide to the Ring of Gullion Way

This circular route follows off-road trails, quiet country lanes and forest tracks from Newry around the volcanic landscape of the…