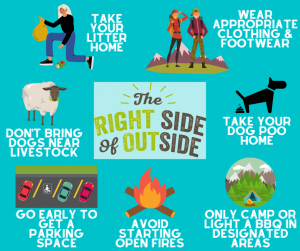 STAY ON THE #RIGHTSIDEOFOUTSIDE AND PROTECT YOUR DOG AND OTHER WILDLIFE.

Dogs are, famously, man’s best friend.  All of that to say, this latest video from the #RightSideOfOutside campaign shouldn’t be taken as a criticism of dogs or dog walkers. In fact, it’s the complete opposite – it’s a plea to make the decisions that will best protect your dog, as well as protecting farmers’ livelihoods and vulnerable wildlife.

Any dog which hasn’t been specially trained, despite how well behaved they are at home, can become excited by sheep or badgers, or any animal which it isn’t used to. As with a child, it is the responsibility of the dog’s owner to ensure the dog can’t injure anybody else or itself and the best way to do that is to keep dogs on the leads at all times, and to avoid bringing the dog near farmland or into the mountains.

This might sound restrictive, but on the contrary it opens up a whole world of places to you and your four-legged friend for walks that you might not currently be familiar with; forests, parks or coastal areas all are excellent locations for dogs and many placed today have a ‘dogs only’ section where you can take them off the lead to socialise with other pooches.

The impact that dog attacks have had on farmers is significant. Ulster Farmers Union (UFU) believe that the cost during the Pandemic has been over £115,000 in Northern Ireland alone. A video by UFU released during the summer highlighted the damage done to farmers by interviewing those who had been affected by such attacks.

The implication for wildlife can be significant too, albeit it harder to quantify. Nesting birds, red squirrels and even deer all have been attacked by dogs across Northern Ireland and in almost all cases the dogs in question weren’t on a lead or under control. It’s difficult for dog owners to accept that their faithful pups, who spend their days playing with tennis balls and looking for belly rubs, could then go out and kill another adorable animal – but the unfortunate fact is they can, and that on top of the damage this does to the recipient of the attack, it could lead to your dog being shot (in the case of worrying sheep) or leave you with a significant fine from your local dog warden.

Do what’s best for your dog – take them somewhere they won’t get in trouble and you can both enjoy your exercise, knowing you’ve done the right thing.

Find nearby parks, forests and coastal areas on our sister website, OutmoreNI.com. 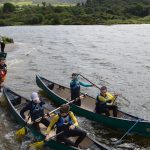 Applications for the 2022 programme are open until 5pm on 18th Jan for Ring of Gullion Applications. Spaces for the… 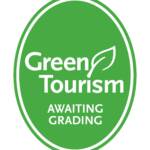