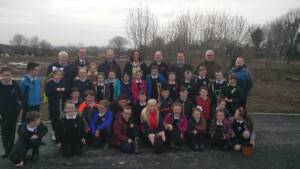 The site of a Former British Army watchtower and barracks in Forkhill which became a symbol of the troubles of the past is set to be planted with 1000 native trees as part of a project to create a “peace forest” on sites along the border.  A total of 4000 trees will be planted this year to form a remembrance for all those who lost their lives in the conflict.

Dismantled as part of the normalisation process under the Good Friday Agreement, Forkhill’s old barracks has remained a sea of concrete and gravel ever since. But that hostile environment had started to be reclaimed by nature as wildflowers pushed their way through tarmac. The creation of the Peace Forest will give this slow colonisation by the natural world a helping hand.

The Peace Forest project is being developed as a partnership between the Ring of Gullion Landscape Partnership, Newry Mourne and Down District Council, the Woodland Trust, the Peace Forest Ireland Project and forest Friends Ireland.  It is envisaged that it will strengthen the peace process and the principles based on the Good Friday Agreement by symbolically turning a contentious site into a wonderfully rich shared space for people from all communities and for wildlife.

Children from St Oliver Plunkett’s Primary School began the first planting on the site with a low density spread of native trees and drifts of wildflower seeds in sunny glades. The inherited poor quality of the soil at the site will actually help to develop the natural beauty of this habitat.

“The idea of the Peace Forest is to bring communities closer together in the planting of trees and in celebrating their heritage and enterprise and seeing and seizing opportunities for joint initiatives that have the new woodland as a backdrop” said Gillian Fitzpatrick Chair person of Newry, Mourne and Down District Council.

“South Armagh is one of the least wooded areas in Europe” said Des Murphy, chair of the Ring of Gullion Landscape Partnership, “and this lovely Peace Forest of 1000 trees will be added to the enormous total of nearly 150,000 trees already planted over the last two and a half years of the landscape partnership, he added. 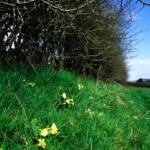 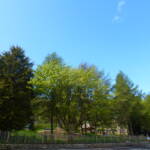 Trees through our culture 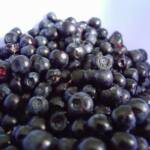 Our Trees – A guide to growing Ireland’s native trees