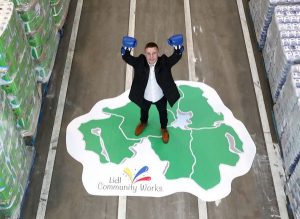 LIDL Community Works has reopened for 2017 and is seeking community groups and projects across Northern Ireland to benefit from its funding.

World champion boxer Carl Frampton helped launch this year’s LIDL Community Works, which has a total of £228,000 to invest, and is offering £6,000 in funding to local groups and large scale projects through each of its 38 stores across the Northern Ireland.

It is asking customers across the province to nominate groups or projects in their local area that could benefit from its support by downloading a nomination form from the website or picking up a copy from their local Lidl Store. The deadline for applications is June 25th. Customers in each store across Northern Ireland will then have the opportunity to decide from a shortlist of three which local community group or project should receive a £4,000 investment with the two runners up each receiving £1,000.

Since the initial launch of Lidl Community Works, Lidl has donated funding and given practical help to over 700 community groups and charities across the country, including Portrush RNLI, Mourne Mountain Rescue, Carrick Chargers Special Olympic Basketball Club and the Doghouse Sanctuary in Banbridge.

“We have received incredible support in Northern Ireland since we opened our first store and this is our way of giving back. It gives us great pleasure to re-launch Lidl Community Works as we have clearly seen how our communities have flourished with the support we have been able to offer in the last few years.” 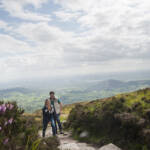 In partnership with Newry, Mourne and Down District Council, the Ring of Gullion Partnership, Tourism NI, and Northern Ireland Environment…