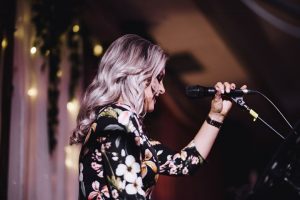 Colleen Savage Music & Events has released her song Home for Christmas. Colleen performed the song on Radio Ulster with Lynette Fay on Folk Club and at some of the events, she helped organise as part of the Ring of Gulion Landscape Partnership Scheme. Colleen received the Patsy Tinnelly Award this year at the Fiddler’s Green Festival. Colleen also organises the  Glórtha gcuilinn Singing Circle together with Bláithín McCann and Aisling Gribben.

The song has been recorded and produced by Dave Molloy of Cellar Club Studios, Forkhill. Filming for the video was on site in the studios with the talented Matt Duke. You can hear the song here and on all social media platforms and Youtube by visiting Colleen Savage Music and Events on Facebook, and Twitter.

Ever since Colleen was small all she wanted to do was to sing. Her love of song was very much influenced by her Nanny Finnegan who would sing and hum hymns as she made bread in the back kitchen or as they walked together through Creggan lawns collecting sticks for the fire.

She can play a little guitar and use it and piano to facilitate her writing. She have thrown herself head first into any musical opportunity which comes her way. She surround herself with like minded souls who enjoy and appreciate the arts. She is a Ring of Gullion Ambassador, a planner, an events planner, a wife and a mother of three. 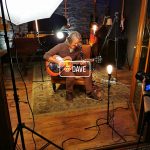 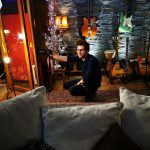 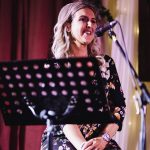 The Arts Council has designed this programme to increase the quality of music-making in the community by helping bands, individuals… 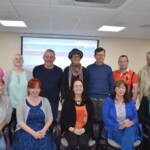 The Community walking leader and heritage ambassador project is implemented through The Ring of Gullion Landscape Partnership Scheme. The LPS is part of…