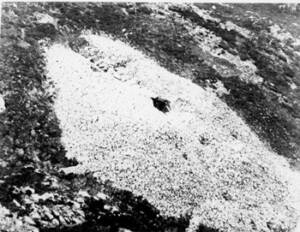 At around 5000 years old, the Passage Tomb on the summit of Slieve Gullion is one of the oldest in Britain and Ireland. It was built by Neolithic (New Stone Age) people, possibly to honour their ancestors and be closer to their gods. The passage is aligned to the setting sun of the Winter Solstice (shortest day), so that as the sun sets, the light shines down the passage and lights up the back of the chamber.

Over the last few years the cairn has begun to show signs of damage due to its increased popularity. The passage into the cairn is slowly becoming blocked with loose stones, as visitors make their way from the summit markers down the steep slope to the passage entrance.

Alison Henderson from the LP said: “In the last decade the summit of Slieve Gullion has become an increasingly popular site with visitors keen to experience the climb, the spectacular views and the opportunity to explore the Passage Tomb. The popular route from the summit marker down the steep slope of the cairn to the passage entrance is causing the loose cover rocks to fall down the cairn slope and into the passage. If nothing is done the passage will become impassable.”

Under the guidance and supervision of Martin Keery, Inspector of Historical Monuments for NIEA, volunteers will help protect the cairn by removing and redistributing the stones from the passage.

Paul Mullan, Head of HLF Northern Ireland, said: “This heritage asset deserves a good dose of TLC to reverse the accidental damage caused by its popularity. We hope lots of people will volunteer to be part of this unique opportunity to get involved in preserving this ancient cairn and help secure its future.”

The conservation work will take place on Saturday 16th May at 10am to 4pm, weather permitting. If you would like to get involved please register your interest through the Events Page; due to the ongoing forestry works, only registered volunteers will have access to the forest drive. 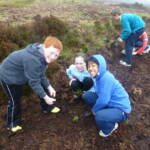 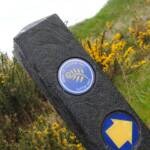