General John de Chastelain in the Ring of Gullion 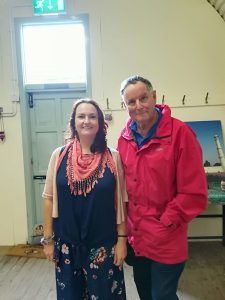 General John de Chastelain took time out from his attendance at the Thomas D’Arcy McGee International Forum in Carlingford last week to pay a visit to South Armagh. Tommy Fegan, one of the organisers, and his wife Anne, a Ring of Gullion Ambassador, hosted the general and his wife, MaryAnn. Four of the most recently qualified ambassadors- Annemarie Mulholland, Anne Fearon, Ann Ward and Anne Fegan-showed John and MaryAnn de Chastelain some of the wonderful places in the Ring of Gullion region. (confusion reigned when someone called out for Anne!).

General de Chastelain was invited to the conference to be the first recipient of the Thomas D’Arcy McGee Award, in recognition to his outstanding contribution to the peace process, dedicating 13 years of his life to the almost impossible task of decommissioning republican and loyalist arms and ammunition.

“John and his wife, Maryanne, have been enthusiastic supporters of the Thomas D’Arcy McGee projects. This is their second time at the summer school, and when we toured Anthony Russell’s plays in Canada, produced by Newpoint Players, they kindly hosted us twice at their home in Ottawa. They have now seen all three of Anthony’s trilogy,” said Tommy. “I am so delighted that they took time out to visit the creative, innovative work of the Ring of Gullion Ambassadors.”

General de Chastelain added that he was “… particularly pleased to learn about the ongoing process to research and publicize events of historical and traditional importance in and around South Armagh.”

The Ambassador project is implemented through The Ring of Gullion Landscape Partnership Scheme which is part of the Heritage Lottery Fund’s programme to conserve and enhance some of the most treasured landscapes. The aim of this project is to create a pool of people able to lead groups of walkers around the Ring of Gullion area. It also aims to increase the knowledge base for current and future tour guides, accommodation providers and tour operators in order for these groups to be able to promote the Ring of Gullion area to its full potential. 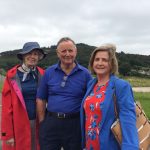 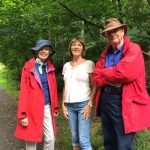 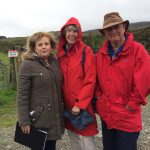 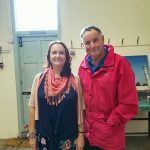