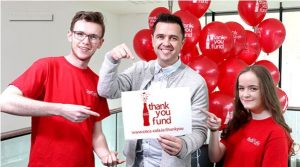 The 2019 Coca-Cola Thank You Fund has opened to applications from youth projects across Ireland.

Now in its ninth year, the Coca-Cola Thank You Fund, which is operated in partnership with YouthAction Northern Ireland and The Irish Youth Foundation, works with a range of charities, community groups, sporting organisations, voluntary groups and NGOs to support new initiatives that inspire and support young people aged 16-25.

In 2019, grants totalling €100,000 will be awarded to projects under the categories of education and training, diversity and inclusion in young people and those that take an innovative approach to demonstrating sustainability. This year will see the total figure donated by the Fund reach over €1,000,000.

This year, there will also be a People’s Choice Award, with members of the public invited to vote for their favourite project among the final 20 shortlisted organisations.

Applications for funding can be made online until midnight on Friday 12 July. Leaders of the shortlisted projects will be invited to present their ideas to a panel of judges in September, with the winners of the Coca-Cola Thank You Fund and The People’s Choice Award announced at Zeminar, a three-day exhibition focusing on the mental and physical wellbeing of 15-20 year olds in Ireland, which takes place in National Sports Campus in Dublin from 8–10 October 2019. 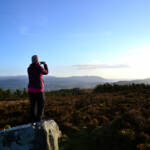