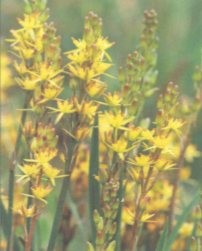 Clermont and Anglesey Mountain was declared as an ASSI on the 31st March 2014 because of its heathland habitats. These habitats occur in a mosaic depending on the topography and how wet or dry the peat is. Clermont and Anglesey Mountain is on the Armagh – Louth Border, 9km south of Newry. It encompasses the northern edge of the uplands that run the length of the Cooley Peninsula.

The heathland types vary as you go upslope. Below 250m in altitude the heath is often characterised by the abundance of Western Gorse. This type of vegetation is generally restricted to the warm, coastal regions of southern Britain, and its occurrence so far north is notable. This heath gives way upslope to vegetation in which Heather and Bell Heather are the dominant species, forming the most widespread heath community on Clermont and Anglesey Mountain. At higher altitudes, species such as Bilberry occurs.

On the lower slopes and in the hollows wet heaths develop. They are characterised by the presence of Cross-Leaved Heath, Common Cottongrass, Bog Asphodel and Sphagnum bog-mosses.

Some of the slopes are flushed by water which is rich in minerals and are typified by sedges such as Dioecious Sedge and Common Yellow-Sedge with herbs such as Devils-bit Scabious.