Home » News » A Warm Welcome for His Royal Highness at Slieve Gullion Forest Park, The Ring of Gullion, County Armagh

A Warm Welcome for His Royal Highness at Slieve Gullion Forest Park, The Ring of Gullion, County Armagh 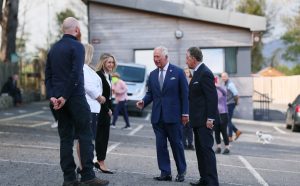 Prince Charles took the opportunity during his two day visit to Northern Ireland to experience a snapshot of what the Ring of Gullion has to offer in his almost 1-hour whirlwind tour.

On arrival, The Prince took a moment to take in the majestic scenery of the Ring of Gullion AONB. He was attentive as he listened to an overview about the AONB designation, and of the aspiring UNESCO Global Geopark application, and wished AONB and Geopark Manager, Darren Rice good luck for the Geopark evaluation mission.

This dramatic and thriving landscape is where people live and work every day. And it’s the people and communities, the network of partnerships that The Prince got to hear about on his visit to Slieve Gullion Forest Park, The Ring of Gullion, County Armagh.

Chairperson Councillor Laura Devlin was the first to meet The Prince and said afterwards, “It’s been a tough year for everyone, but this event today marks a reopening of Newry, Mourne and Down District Council. The Ring of Gullion welcomes visitors with open arms. Businesses have been working harder than ever this past year, developing new experiences through the Atlantic CultureScape project, they’ve been refurbishing accommodation, and there are many more outdoor licenses across the district.”

She continued, “We are lucky enough to live in one of the last undiscovered gems on these islands, and we were delighted to welcome The Prince here today, as we will all visitors over the coming months and years.”

Prince Charles toured the park, following the path through the woodland and met project partners, research partners, volunteers and conservation workers along the way. The Prince learned how NMDDC operates to reduce erosion on the fragile ecosystem on Slieve Gullion and supports local trade, buying sheep’s wool to under-lay the upland paths. He learned of the work being done to help preserve the population of red squirrels and the important role pine martens may have to play in their survival.

The Prince was enthralled with a musical performance by an extremely talented group of young people from The Ring of Gullion Traditional Arts Partnership (TAP). The Prince asked the young musicians about their exams, school and their instruments.; and as he should and listened to the music, the audience couldn’t resist tapping their feet, it may not have been the first Bodhran he had heard but it was the best played one His Royal Highness had enjoyed.

All the locals to South Armagh will know of the story of Fionn mac Cumhaill being tricked by the Cailleach Beara at the lake on the summit of Slieve Gullion – where he tried to help her but he was turned into an old man, and even when she turned him back his hair remained white. The story goes that if you swim in the lake even now, your hair will turn white. Padraig Carragher, local artist and musician from Bluebell Lane Glamping joked with The Prince after telling him the story, “I see you’ve already been for a swim in the lake.”

Prince Charles was particularly interested the local myths and legends that surround the area as well as the stellar conservation work carried out by the teams of volunteers, researchers and project partners.

The network of partnerships act as the custodians of this magical place: a place born of fire and shaped by ice, with heritage and culture which they cherish, protect and share. The people of South Armagh aim for this ancient and historical landscape to be a place where people can live, work, learn, earn and visit in ways where their activities respect and care for it and add to its story. 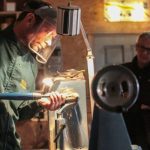 Experience an Immersive Celtic Woodturning Break and the tradition and charm of Northern Ireland, learn a new skill hand-crafting local… 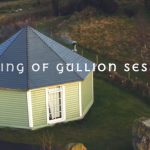