Crossmaglen is a small picturesque town in South Armagh with a population of approximately one and a half thousand people. The Irish translation is Crois Mhic Lionnáin, which literally means ‘Lennon’s Cross’. It is suggested that it is named after an Owen Lennon who lived here in the eighteenth century and who is famed as the owner of a shebeen, an illegal ale house.

The focal point of Crossmaglen is Cardinal O’Fiaich Square, named after a local priest who became Archbishop of Armagh and Primate of All Ireland. The square has an area of five acres and is said to be the largest square on the island of Ireland.

The large square plays host to a traditional country market on the first and last Friday of every month.

In the early part of the twentieth century most of the male population of Crossmaglen worked at buying and selling fowl, sheep, pigs and other livestock and were known as dalin’ men (dealing men). This prompted someone to write a song called The Dalin Men from Crossmaglen, the chorus of which goes like this:

“It wasn’t the boys from Shercock.
Nor the lads from Ballybay,
But the Dalin’ men from Crossmaglen,
Put the whiskey in my tay.”

St Patrick’s was built to replace an old parish church located at Mobane crossroads on the Dundalk Road. One wall of the old church has been retained as part of the Mobane handball alley. The site for the new church was donated by local landlord Thomas Ball and work commenced in 1833. The new building was opened in 1835. Saint Patrick’s Church is open each morning for 10.00am Mass but closes immediately afterwards, however it can be viewed by appointment by ringing 028 3086 1208.

Crossmaglen Rangers are a local Gaelic football team was and was formed on 1st October 1887. They are the most successful team in Armagh and Ulster, having won 42 senior County Championship titles and 10 Ulster titles. They have also been All-Ireland champions on 6 occasions. They have 3 football pitches, the main one having a stand with a 1200 seat capacity.

The first Market House was built by local landlord Thomas Ball in 1811 and was located where the Cross Square Hotel now stands. It was replaced in 1863 by a new Market House, which was built on the site of the present community centre. The ground floor had a weighbridge and was used to weigh poultry, grain, potatoes and other farm produce. The second floor acted as a courthouse which sat monthly on a Saturday. The bell from the old Market House is on display in the foyer of the community centre. In 1944, a Belfast native Richard Hayward leased the upper floor as a cinema and on 19th March 1944 the first “talkie” film ever shown in Crossmaglen, “The Arabian Knights” was screened.

Forts were protective structures built around early farmsteads. This fort would have been constructed in the fourteenth century and occupies a prominent position on top of a hill with a magnificent view of the surrounding countryside. It is a single ringed fort about 40 metres in diameter with an open souterrain in the centre.

Annaghmare court cairn is an ancient Neolithic burial tomb. It was discovered in 1963 during farm excavations. It consists of a horseshoe forecourt surrounded by several large stones and has three central chambers and two side chambers. During the excavations in 1963 remains of human bones, a javelin head and numerous pieces of pottery were found.

This lough covers an area of 222 acres and is stocked with pike, perch and eel. The season runs all year with only fly and worm fishing permitted. The lough is easily accessible with several car parking and picnic areas. Visit www.visitmournemountains.co.uk for more on angling in the area. 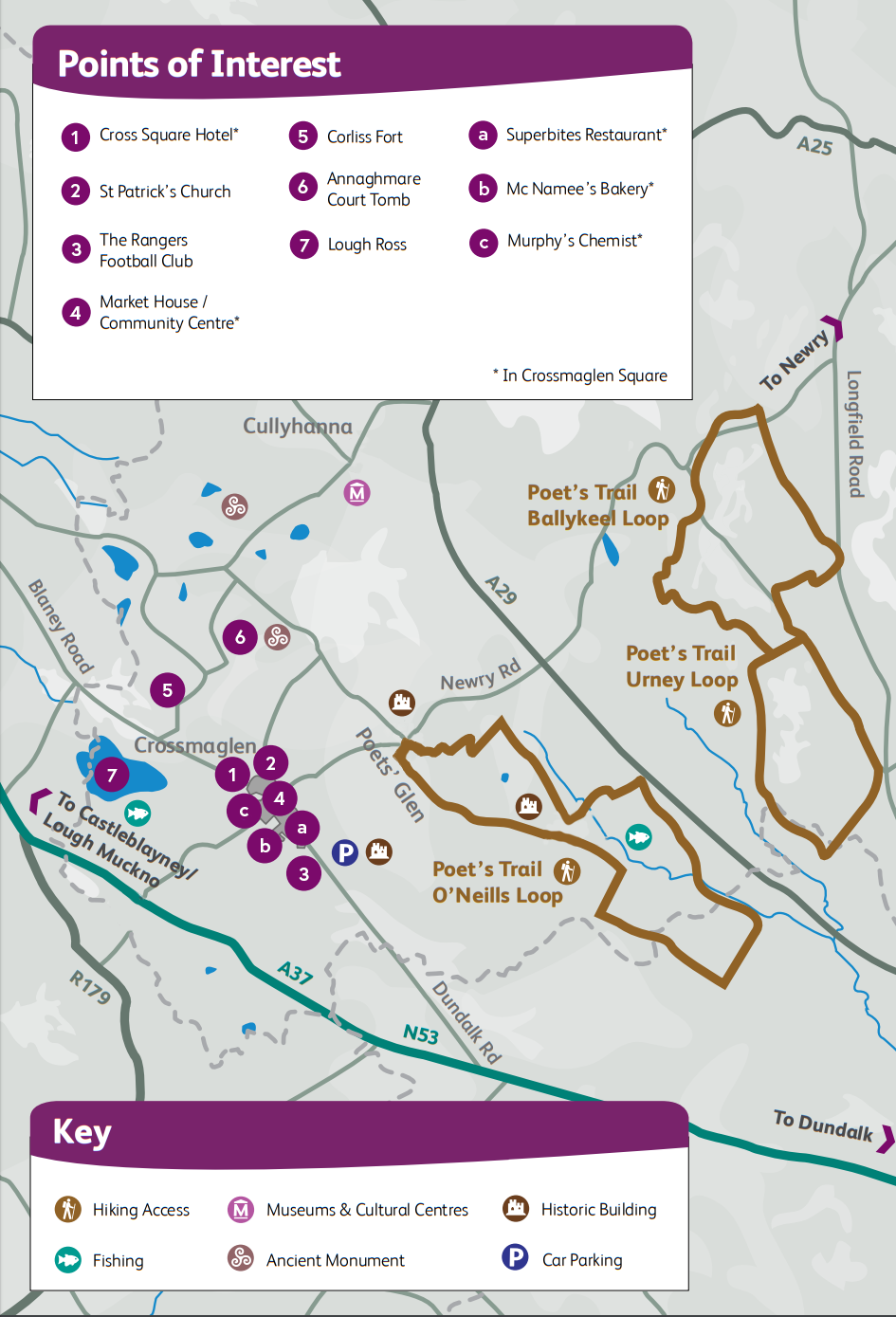 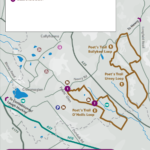 Points of Interest 1. Teampall is Reilig an Chreagáin Creggan Church and Graveyard In the fifteenth century the O’Neill clan… 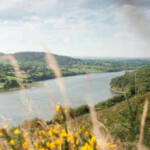 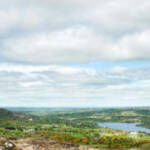