Michael J. Murphy was, even before he came to Dromintee in 1922, aware of the rich store of folk material through his parents and their South Armagh emigrant friends.

As a young schoolboy and later as a farm worker he was fascinated by the talk, customs and beliefs of the people.He began to write down these pieces and to submit them to newspapers such as ‘The Irish Weekly’,’The Irish Press’,The Evening Herald’,’The Irish News’,’The Belfast Telegraph’ and ‘The Cork Examiner’.

It was these published articles, which were collected in book form in ‘At Slieve Gullion’s Foot’(1941), that led to his employment as a collector for The Irish Folklore Commission,Dublin.

He branched out from his native South Armagh in the next forty-one years to collect folklore all over ‘Old Ulster’—-notably in the Sperrin Mountains of Co. Tyrone;North Antrim;Rathlin Island;The Mourne Mountains;The Cooley Peninsula and North Louth;Sligo;Fermanagh and Cavan.

His collection,now housed in The Department of Irish Folklore,University College,Dublin,consists of over 150 volumes which is probably the largest collection of oral tradition by a single individual in the English-speaking world.

In addition to the collection,he also compiled a glossary of Anglo-Irish speech and kept a detailed journal of his travels.

‘You can put them under the pot,’ says she. [Suggestively: that he do so].

The Flea’s Wake
In England for the first time Paddy was looking for lodgings.

He had heard fearsome stories about the fleas in English rooms; so he asked his landlady if there were any in the room he had taken. He asked her to be honest about it. She confessed that there might be one.

At breakfast next morning he said he had good news for her. ‘That flea of yours is dead,’ says Paddy; ‘ for all the fleas in the street were up there at his wake last night.’

Listen to Charms and Cures below 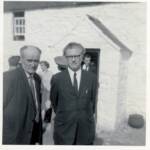 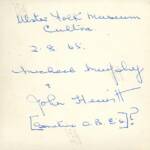 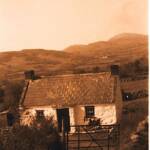 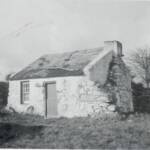 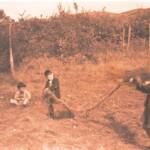 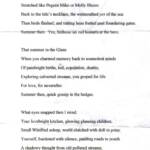 Download File — Who were the fairies - short story (1 mb)