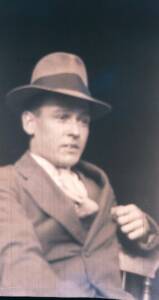 Michael J. Murphy was not without a literary background within his own family. His paternal great-grandfather, William Jordan of Tiffcrum, Forkill, South Armagh, was a Gaelic scribe and a minor Gaelic poet.

William Jordan’s son, Pat Jordan,passed on medieval tales to his nephew, Michael Murphy senior,and consequently to Michael J. himself. His maternal grandfather, John Campbell, was a storyteller and also influenced the emerging writer.

His national school teacher, Paddy Hearty, was important also as he encouraged creative writing in his pupils and through the Catholic Students’ Library, Dublin, Michael borrowed books and read a wide range of contemporary and classical literature.

However, he was mainly inspired in his creative work by the richness of imagery and vividness of language of the country people. Therefore he is the last, and possibly the only, authentic voice of South Armagh language in written form.

The landscape and the earth around the mystic mountain, Slieve Gullion, was a constant inspiration. He returns to the mountain continually in his work and describes all of its moods and mystery.

The encouragement of Maud Gonne, L.A.G. Strong and others helped to develop his creative talent and his continual perusal of Alexander Blair’s ‘Belles Lettres’ honed his literary style.

His prose poems, short stories, plays, journals and novels give us a writer who deals realistically with the complexities of rural life and the struggle with materialism and the environment. 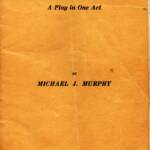 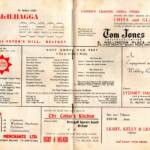 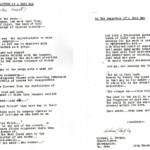 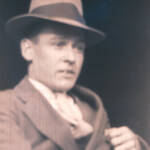