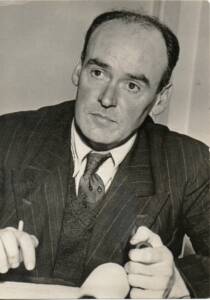 Michael J. Murphy was a natural broadcaster in that his mellow voice and relaxed delivery led to easy listening.

His career in broadcasting began in 1938.His first broadcast was ‘The Goatmen of South Armagh’ which was produced by Henry McMullan for the B.B.C. in Belfast.

Talks for both the B.B.C. and Radio Eireann followed and in the 1940s Radio Eireann broadcast half-hour features once per month.This brought his voice to a wider audience and he began to broadcast for Radio Newfoundland and for the B.B.C Pacific Service.His work for B.B.C. Belfast consisted of scripted talks for programmes like ‘Country Window’, ‘Ulster Magazine’, ‘Writing in Ulster’ and ‘Country Magazine’.

He made a large number of children’s programmes in series such as ‘Children’s Hour’ and ‘Today and Yesterday in Northern Ireland’.

These scripted talks led to his writing of a number of radio plays and the development of lifelong friendships with writers and producers like Sam Hanna Bell,John Boyd,W.R. Rodgers,David Hammond and Cecily Matthews.

He made a number of television programmes for the B.B.C. and UTV,most notably ‘Ulster in Focus’ and ‘Ye Barbarous Mountaines’.

In 1982 The Arts Council of N. Ireland issued a recording of his readings featuring his prose poems,autobiographical articles and folk tales.

Download Michael J. Murphy’s first broadcast for the BBC “The Goatmen of South Armagh” below.

Listen to Michael J. Murphy’s interview on RTE in the early 1970s 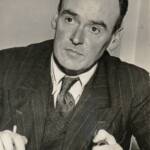 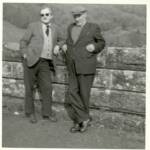 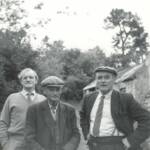 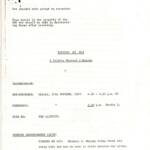