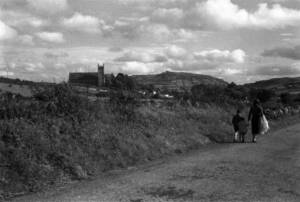 Michael J. Murphy,from his teenage years, was a prolific letter-writer and photographer.

When he was nineteen years old he published an article on the harvest and Maud Gonne MacBride wrote to the young farm worker to praise the piece and to encourage him to continue writing.

He corresponded throughout his life in thousands of letters with poets; playwrights; publishers; political figures; social campaigners; ordinary country people; folk storytellers; international critics; theatre, radio and television producers and a host of others at home and abroad.

Some of the figures with whom he was in contact were John Hewitt, Sam Hanna Bell, John Boyd, L.A.G. Strong, Elizabeth Bowen, Maud Gonne MacBride, Peadar O’Donnell, Sean O’Faolain, Paul Vincent Carroll – to name but a few.

Michael began to photograph people and places around Dromintee when he was still a teenager.In the early days he developed his own negatives in an improvised dark room in his parents’ house.He went on to photograph throughout ‘Old Ulster’(from Rathlin to the Boyne).

If his letters and photographs are ever collected together they will be a unique record of the twentieth century. 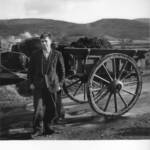 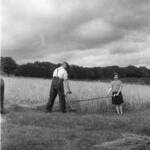 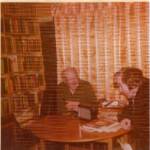 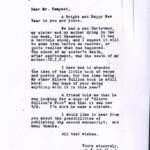 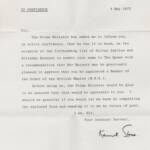 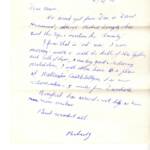 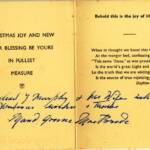 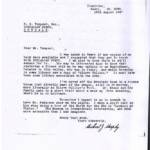 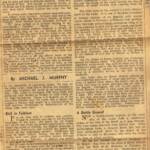 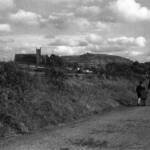