Come along to the Ring of Gullion Lúnasa Festival 2021 and immerse yourself in the rich landscape, culture and heritage of this Area of Outstanding Natural Beauty (AONB). This festival is part of the Mourne-Gullion-Strangford Aspiring UNESCO Global Geopark of events and is funded by Newry, Mourne and Down District Council. To find a full list of events visit www.ringofgullion.org

A series of online talks providing an update on the archeology research which has taken place in south Armagh over recent years as part of the Ring of Gullion Partnership work. The series of talks are in partnership with Creggan Historical Society and the Centre for Community Archaeology at Queen’s University Belfast.

Covering the community archaeology digs in Cornahove and the Dorsey and geophysical surveys in the area. Find out the lessons learnt and topics for further investigation.

Ringforts are enclosed farmsteads of the Early Medieval period and the most common archaeological monument type in Ireland. Brian Sloan from the Centre for Community Archaeology at Queen’s University will discuss the investigation he led at Cornahove ringfort near Lough Ross in a community-based excavation undertaken for the Ring of Gullion Landscape Partnership. Brian will also discuss other local ringforts in south Armagh, such as Corliss Fort (one of the best-preserved bivallate ringforts in the county).

Colm Donnelly and Siobhán McDermott from Queen’s University will be speaking about two geophysical surveys that were recently undertaken in south Armagh. The first project investigated part of the Slighe Miodhluachr, the great northern road from Tara, and was supported by the Historic Environment Division of the DfC. The second project investigated a “lost” Medieval church site at Killyloughran and was funded by the Royal Irish Academy.

Thursday 12th August: Cormac McSparron – Excavations at the Dorsey in 2019

Cormac McSparron from Queen’s University will discuss the archaeological excavation that was undertaken in 2019 at the Dorsey on behalf of the Ring of Gullion Landscape Partnership. The Dorsey is a large Iron Age earthwork enclosing an area measuring approximately 1.8 km long and 0.5 km wide. Previous excavations had indicated that the entrance through its “South Gate” is original and that the modern Bonds Road, which runs through the Dorsey, may follow the route of the Slighe Miodhluachr. During excavations in 2002 three palisades were found flanking the west side of the modern road. The community-based excavation in 2019 sought to investigate if a corresponding palisade might be detected on the east side of Bonds Road.

Click here to book. Booking is essential for each talk. 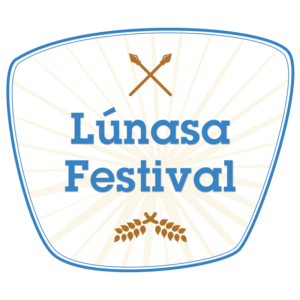 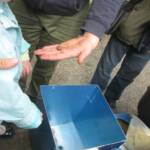 Join us for our Creatures of the Night Talks in the beautiful setting of National Trust’s Derrymore House, Bessbrook, Newry…. 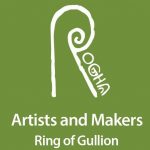 Come along to the Ring of Gullion Lúnasa Festival 2021 and immerse yourself in the rich landscape, culture and heritage of… 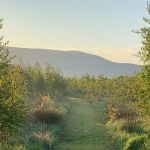 Lúnasa Festival 2021 -The Lost Songs of the Border – Song Workshop

Come and learn some of the recently restored songs of the South Armagh, Louth and Monaghan border areas in this…