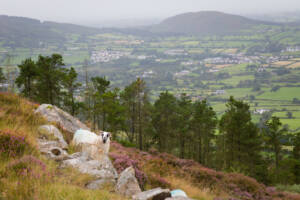 This tour is a must for anyone who wants to explore a hidden gem of beauty and history which has not been discovered by the tourist market. In 1971 the plan was to make the area a National Park, at the time, A. E. Muskett, of the Countryside Committee, said, “In South Armagh you have some of the best and most beautiful scenery and landscape in the whole of Ireland.”

The Lazy Gallivant over Gullion is suitable for all the family, and people of all ages. It is a bespoke bus tour which will take you up and around, Ireland’s most mystical mountain, without all the hiking, in an Area of Outstanding Natural Beauty. From the bus you will have panoramic views of the ring dyke which surrounds the mountain.

Your local guide will delight you with stories about:

Get up close to Ballykeel Dolmen, a portal tomb dating to around 3500 BC, known locally as the Hags Chair and hear about other Neolithic tombs in the area which you may want to visit.

See the mountain were Queen Elizabeth I  soldiers’ horses fell in wet weather during the Nine-Year War  following a battle with the Gaelic chieftain Hugh O’Neill.

Travel over the north side of the mountain where the American army trained during WWII before leaving here to take part in the Normandy landings.

Visit a 5th century graveyard and church ruins which were raided by the Vikings in AD 923. Burial place of St. Moninna.

After this tour you will find yourself returning to the area again and again to:

Please park in the overflow car park, the gravel car park on the left hand side as you approach the main forest car park. 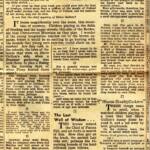 On 20th January 1852 Meredith Chambre, landlord and magistrate, was shot by Ribbonmen at Drumintee. Did he survive, who committed… 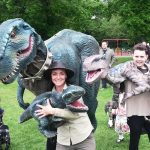 Dinosaurs are coming alive at Slieve Gullion! A T-Rex and Velociraptor have been spotted prowling around the Walled Garden. Are… 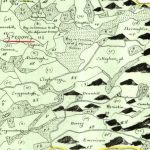 When most people think of South Armagh they identify with the area around Slieve Gullion and Crossmaglen. However, there is…