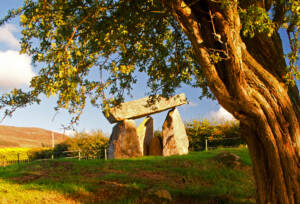 Marie has come second twice in the annual Bard of Armagh Humourous Poetry Competition. She is a recipient of the  prestigious Gerry Watters Hall of Fame Award at the competition and was one of the outstanding female Bards since the competition began.

In the very first and most memorable Bard event in the Trap, Keady in 1995 she performed ‘The Keady Man’ and made consistently excellent contributions over the following years. Marie Mc Cartan is a personality with a refreshing and competent style of delivery. She had the ability to select themes from everyday happenings and transform them into verse of the highest quality in keeping with the great south Armagh tradition.

All her entries over the years have been carefully crafted with the focus on honest, wholesome humour, ever inventive and ever artistic.

She has read stories on radio, had stories published in magazines like Ireland’s Own and published a book of poems called “The Fairy Tree”.

The evening will be a fantastic opportunity to interact with such a creative poet.

Cost: Free, however donations in aid of the Ring of Gullion Red Squirrel Group would be greatly appreciated. 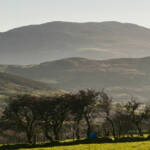 Come along to this interactive talk, by local historian Seamus Murphy, on the evolution of landscape and communities in the…

Join us in Crossmaglen Community Center to hear local man, Réamonn Ó Ciaráin, tell the story of the great warrior Cú Chulainn and other… 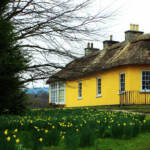 Join Malachy Conway, Archaeologist for the National Trust in Northern Ireland, for an engaging and informative evening delving into the…